Professor JRR Tolkien’s two most famous works, The Hobbit and The Lord of the Rings, are hard to compare. Both novels may be set in the same world, with many of the same characters, and form an entire narrative, but they are very different. The Hobbit is, ultimately, a magical fantasy adventure book for children. The story was, after all, originally devised by Tolkien to entertain his young children.

Unsurprisingly, The Hobbit therefore has a completely different tone and structure to The Lord of the Rings, which is a deeper, darker, and generally more mature work. So when people say they prefer one over the other, that’s fine, but that’s like saying you prefer caviar over fish sticks. They were created to serve different purposes, and comparing them won’t get you very far.

It is neither new nor revolutionary to observe that The Hobbit trilogy is bloated. It would literally take less time to read the book in one sitting than it would to watch the theatrical release of the adventure films from start to finish – let alone the extended editions.

Why is it so long, when the book is relatively short? While The Lord of the Rings trilogy had to tear down the book, removing countless important scenes and details, The Hobbit trilogy was able to create additional storylines and characters.

Evangeline Lilly’s Tauriel is often seen as the worst culprit here, and her inclusion as a love interest is hard to justify – especially when the resulting romance is so flabby. But it’s Dale’s additional characters that are more egregious.

Another such extra character is Azog the Defiler, who is inserted into the plot at all times, along with his host of bright and evil orcs. These plastic, abyssal CGI orcs have a curious, ethereal quality to them. They look like astral projections, as if your hand is going through them. Because of this, they feel weightless and floating, like they belong in a Kate Bush video. 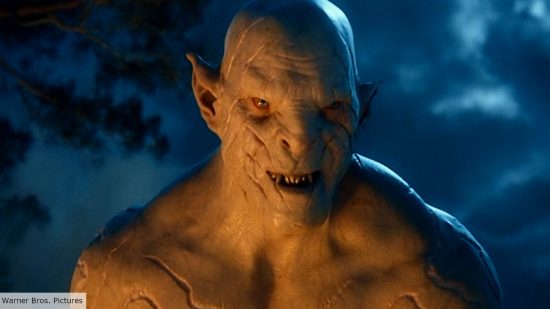 As a unique piece, it’s a kind of detail that doesn’t matter. Bad CGI is nothing new and can even creep into big budget productions – just look at recent Marvel movies. Instead, it turns into a significant problem because the movies lean so heavily on orcs as enemies, and because they’re so intent on making Azog the ultimate villain (let’s not go there). not even).

It’s hard to make your villains look menacing if they never feel like they’re really there. When you compare Azog to, say, Lurtz, Gothmog, or Grishnákh from The Lord of the Rings, the difference is huge. How did someone look at Azog in his confrontation with Thorin at the climax of the trilogy and say “yeah, that’s an improvement”? This is a disconcerting step backwards.

Then there are the sexy midgets. In theory, there’s nothing wrong with sexy midgets. I’m sure there are quite a few, actually. The problem in The Hobbit is that the sexy dwarfs are made sexy by removing the visual cues that signal they’re actually dwarfs. Instead, the three main suspects (Thorin, Fili and Kili) pass for sexy little men. This might not seem too problematic at first, but it ties into a larger issue of how these fantasy movies treat dwarfs. 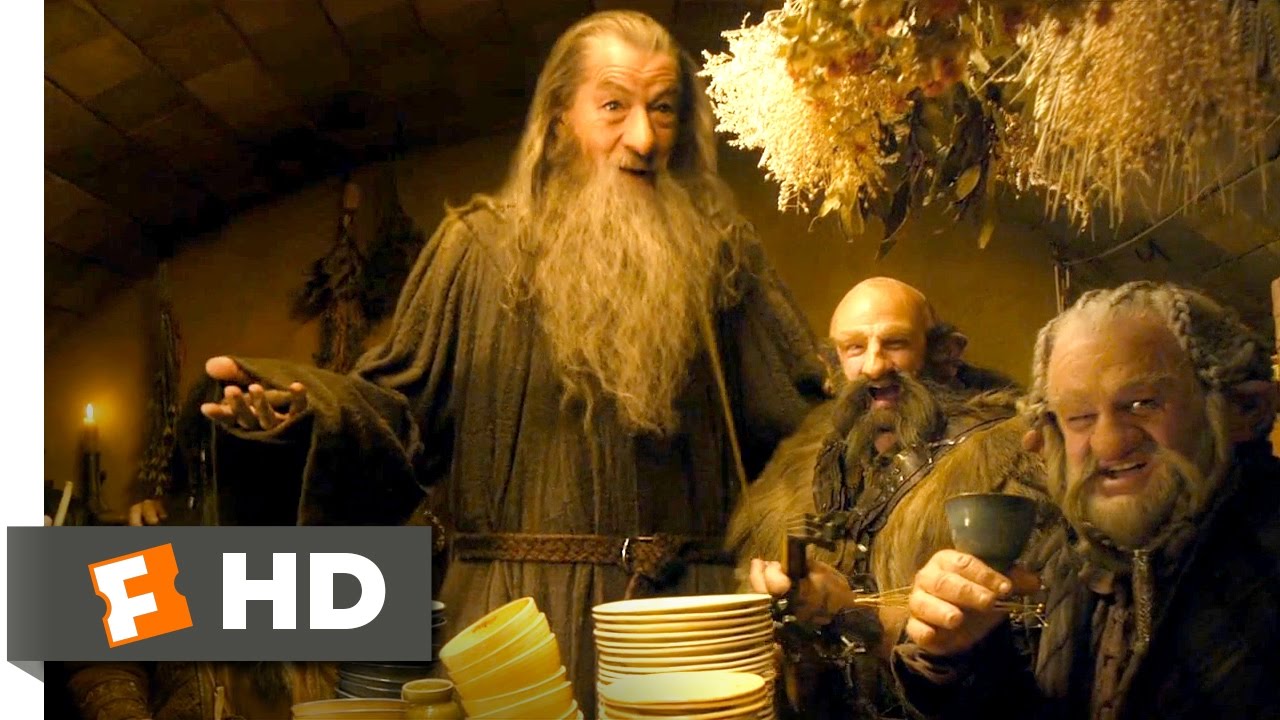 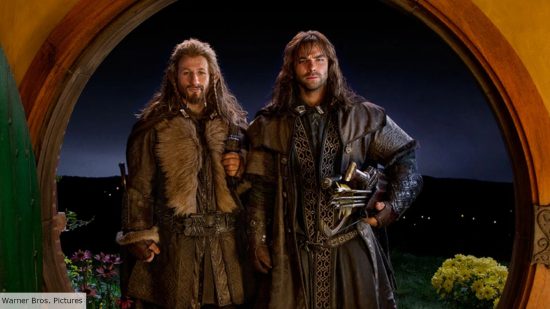 One of the benefits of having an extended runtime is the ability to flesh out characters. With the exception of human-looking Thorin, Fili, and Kili, most Dwarves can be exchanged, at any time, for any other. The fact that you can spend three movies and many, many hours with these characters and come away not even sure of their names is really a travesty.

Some of these issues are bigger than others, but none are so insurmountable that they make The Hobbit trilogy impossible to watch. They can be frustrating, and they certainly could have been better, but they’re not exactly bad movies. In fact, The Hobbit trilogy is eminently watchable and makes for perfect, casual viewing: especially if you’ve got a cup of hot chocolate handy and it’s raining outside. I certainly wouldn’t say no to that. 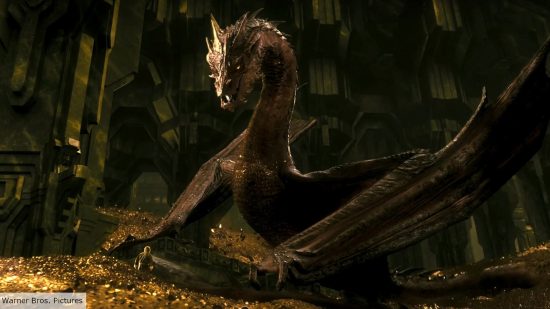 And, of course, the trilogy has great moments. Martin Freeman, with his slightly smiley face, is an inspired cast for Bilbo Baggins. The opening scenes, where he is still in the Shire at the start of the story, use him expertly.

Ian McKellen is, as always, fantastic as Gandalf – and especially Gandalf the Grey. Benedict Cumberbatch as Smaug is also a revelation. It imbues the dragon with a deep, brooding intellect and seething villainy in equal measure, while the visual work on the greedy big dragon is impossible to improve on.

The puzzles in the dark are also excellent. How could it be otherwise? Bilbo in a verbal duel with Gollum by Andy Serkis is a dream come true, straight from the book. Gollum is perfectly menacing and more menacing than he appears in The Lord of the Rings, which is exactly how he is presented in Tolkien’s writing.

There are plenty of other aspects worthy of praise too, and the vast majority of the trilogy’s most memorable moments are when they stay close to the source material. The Hobbit’s most frustrating and frustrating moments come when he strays too far, stretching himself out to look more like Lord of the Rings. 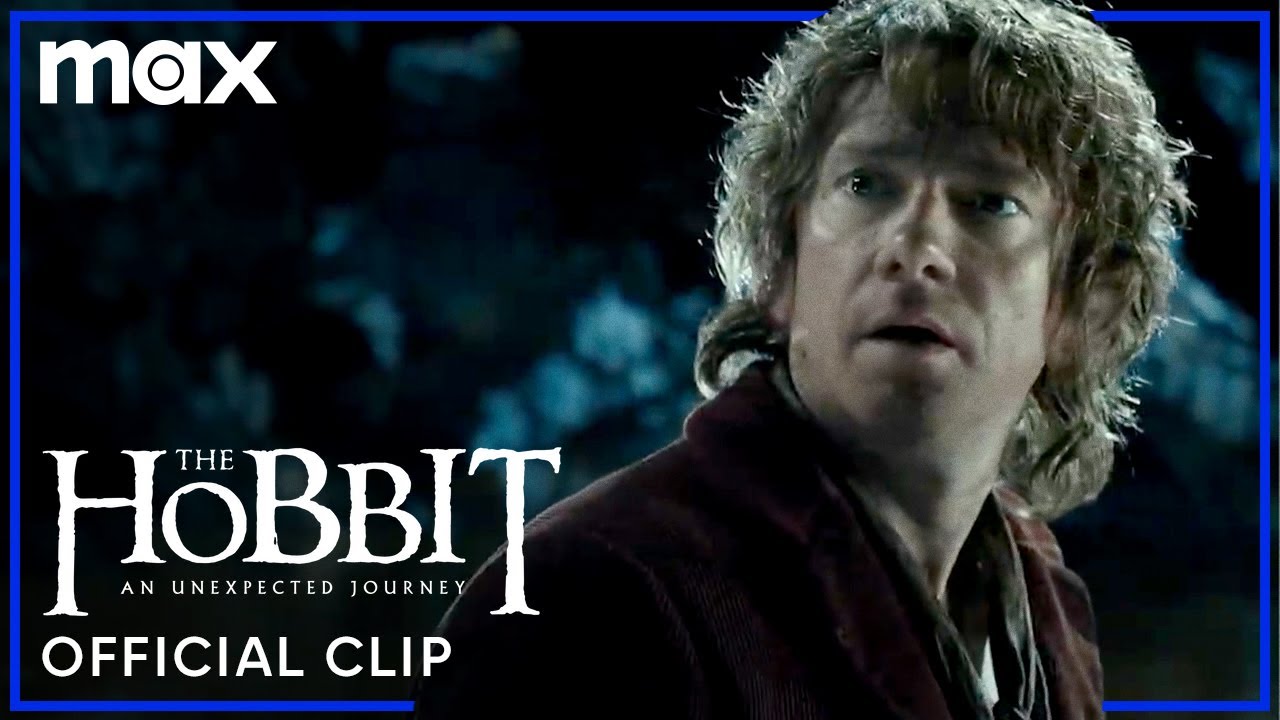 But these are different stories and the differences should have been celebrated. Instead, The Hobbit has been revamped to be as close to The Lord of the Rings as possible.

The problems with The Hobbit — its expanded scale, its fabricated romance, a recurring big bad villain — are only problems because the trilogy was squeezed into a Lord of the Rings-shaped box. This drive to make The Hobbit more like the Lord of the Rings trilogy means that comparing the two trilogies is not only possible, but necessary.

In truth, The Hobbit would have nothing to do with The Lord of the Rings. Yes, the adventure spans Middle-earth, but on a much, much smaller scale. The stakes, whether or not the Dwarves can retake the Lonely Mountain, are decidedly tiny compared to Lord of the Rings. 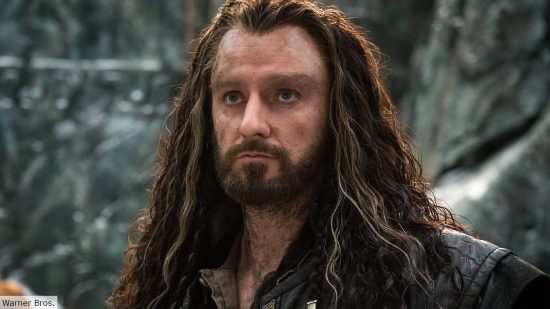 It is above all a story of personal growth, rather than the end of the world. Comparisons between the two are only fair, as The Hobbit was so desperate to be more like the Lord of the Rings trilogy, when it should have had its own separate identity.

However, he does not choose to rely on the tone, style and format of the above. Unlike the books, comparing the two movie trilogies is sadly fair game.

You can watch The Hobbit trilogy on the Netflix streaming service and The Lord of the Rings trilogy on HBO Max.