She was once an iconic sex symbol through her character in the hit action-comedy series The Dukes of Hazzard in the late 1970s and 1980s.

And now, some 35 years after quitting broadcasting, star Catherine Bach is out on Monday for dinner and drinks at celebrity hotspot Craig’s in West Hollywood.

Now 67, the actress, who once graced the walls of adoring fans with her alluring posters, was spotted leaving the restaurant decked out in an all-black ensemble. 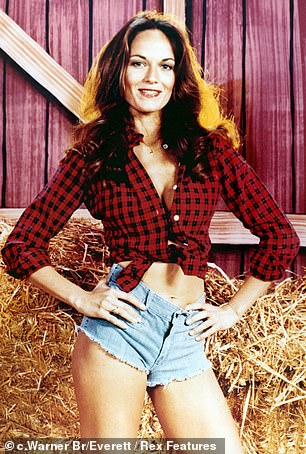 Bach, from Cleveland, Ohio, stepped out in tight black pants with a matching top, long duster jacket, and sneakers.

She also had her blonde hair combed long and flowing over her shoulders with a part in the middle.

The actress, who made her first screen appearance in the movie The Midnight Man (1974), starring Burt Lancaster, appeared to be in good spirits, judging by her perpetual beaming smile. 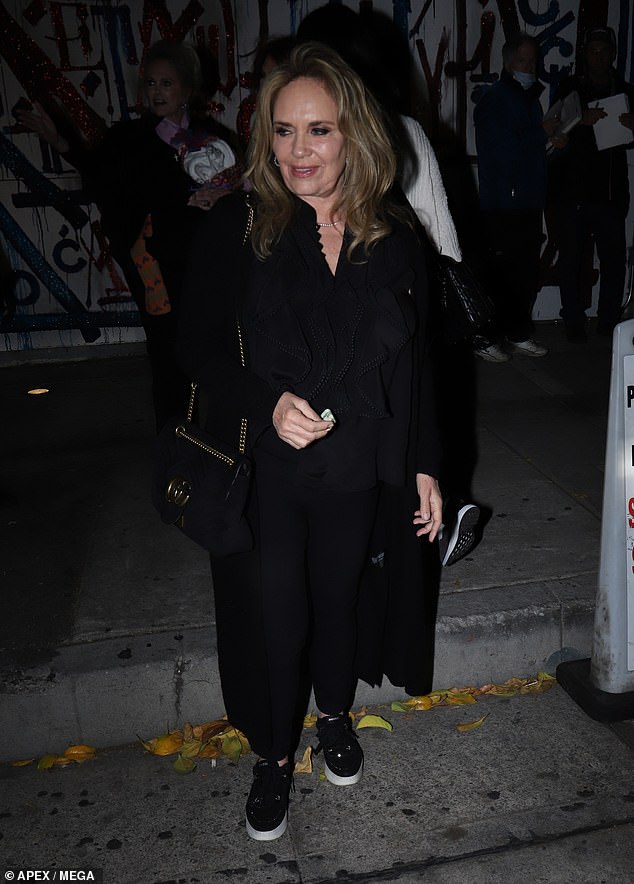 Lady in black: The Cleveland, Ohio native stepped out in skinny black pants with a matching top, long duster jacket and sneakers 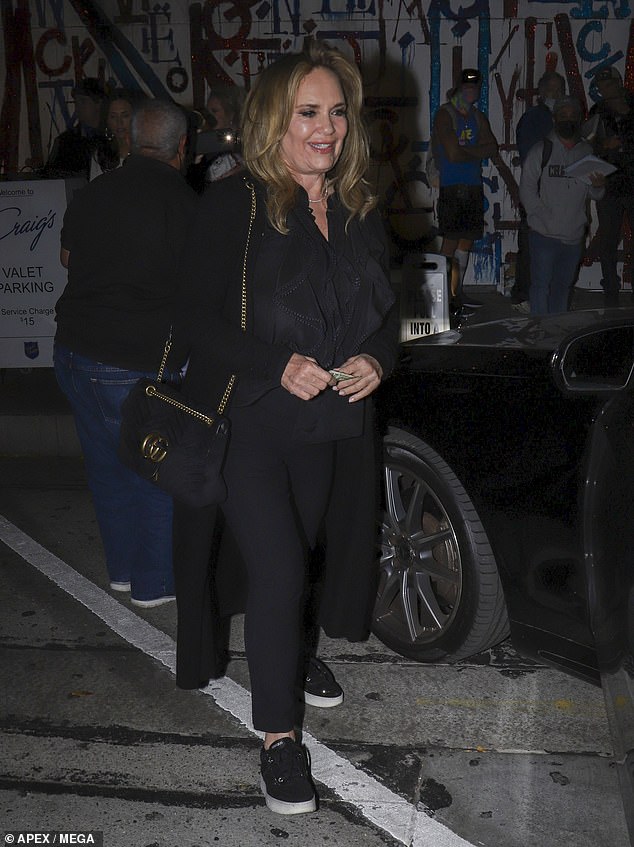 Glowing: The actress, who made her first screen appearance in The Midnight Man (1974), starring Burt Lancaster, appeared to be in a good mood

Although Bach has many film and television credits, it is her role as Daisy Duke that will be remembered best.

Her sexy character is also responsible for being the namesake of the denim shorts she often wore on the show, dubbed the Daisy Dukes.

The show, which also starred John Schneider and Tom Wopat, ran for seven seasons, from 1979 to 1986, and was a real hit program for CBS.

In fact, during its early years it was among the top rated shows at the time. 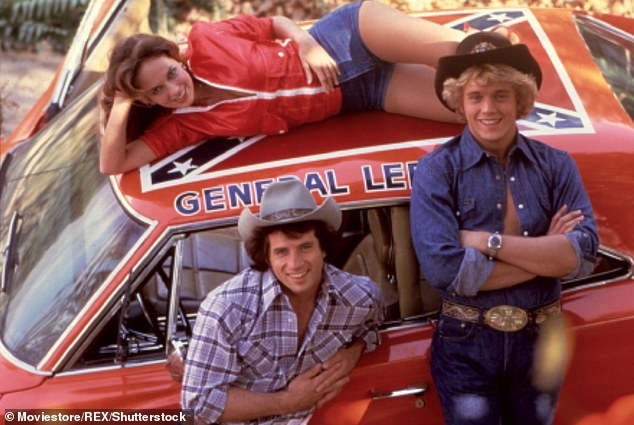 Sexy Starlet: Bach starred for seven seasons in the hit action-comedy television series The Dukes Of Hazzard, alongside Tom Wopat and John Schneider, from 1979 to 1986 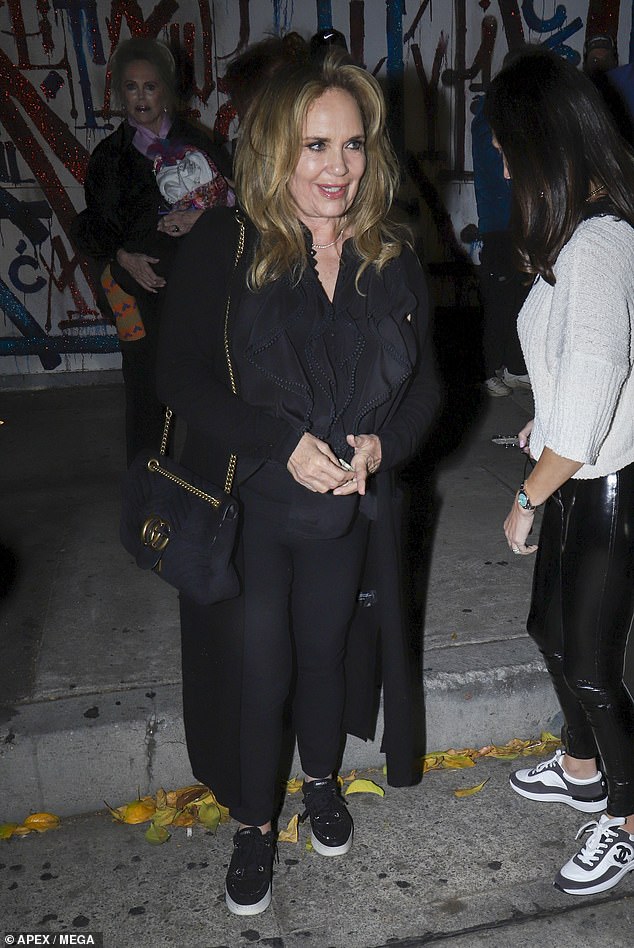 Talkative: Bach went out after dinner and chatted a few minutes before leaving 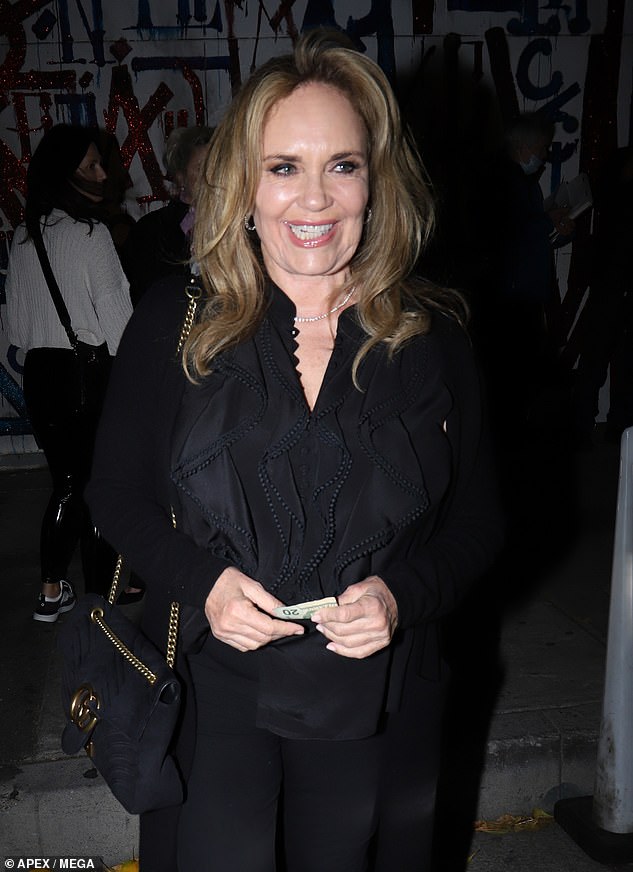 Long-standing role: The actress also watched the soap opera, The Young And The Restless, from 2012 to 2019

Bach will actually reprise her role as Daisy Duke a few times, starting with the Saturday morning animated series The Dukes, which aired for two seasons in 183.

In recent years, the actress has played a recurring role in the daytime soap opera, The Young And The Restless, from 2012 to 2019.